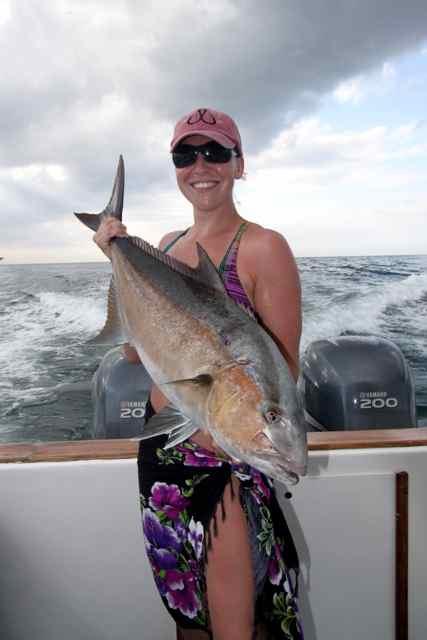 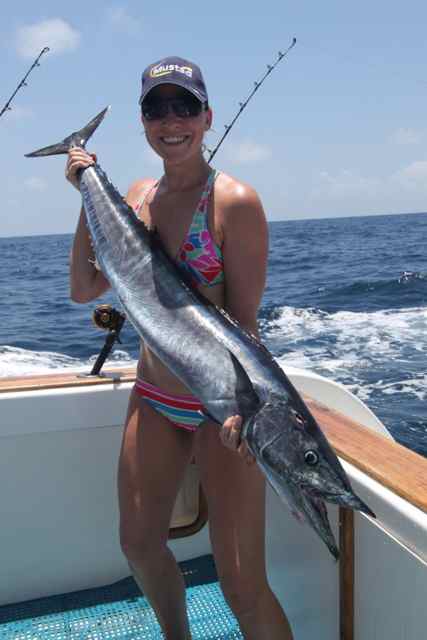 We started out toward Banco Rusa looking for tuna, wahoo and whatever other fish might be hungry. We trolled for a while and Andy taught me how to cast. I’m still working on it but I’m getting there. One of the trolling rods went off and I was in for my first real fight. A wahoo was on the line and not very happy about it. I reeled him in and Andy got him in the boat. Talk about an arm workout! He was around 40 lbs and very slippery. I learned how to hold a fish for pictures, which is not easy when they are flipping around and gooey.

Later in the afternoon we went to 5 fingers again and caught 2 more fish including a Palometta aka Amberjack. It was only 35 lbs but very strong. Andy was video taping and something very funny happened. The reel came clear off the rod! Thankfully Pete was standing right there to help me re-attach it. Within a few minutes I had the fish in the boat and we were taking more pictures.

After a hard fought day we headed back to the village with fish for dinner and a sense of accomplishment. We had more tuna shashimi, fried plantains and a seared tuna steak. Off to bed for me, we have a big day with Bordes and his crew arriving tomorrow.

Woke up this morning to find out that our new group had arrived 3 hours early. Thankfully some locals that we knew saw them at the airport and brought them to the hotel. They were ready to jump in the boat, but we convinced them to eat some breakfast and snorkel first. Bordes and Matt went snorkeling and Felix took a nap. Unfortunately the fourth member of their group, Peter, didn’t make it on the earlier flight and had to wait until 1 pm to arrive. As soon as he got here, we jumped on the boat and went to 5 fingers. 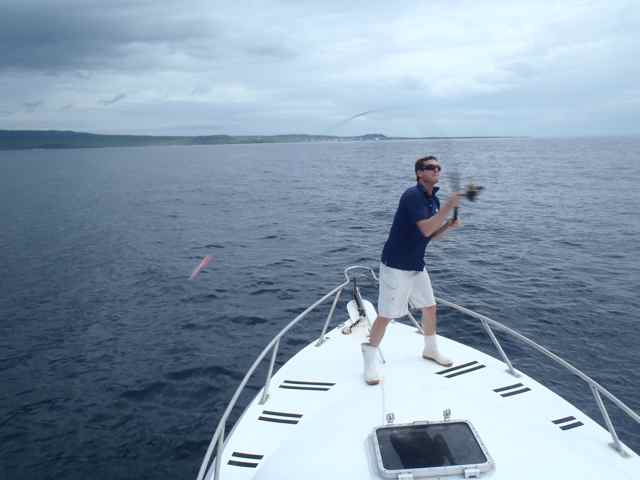 Within minutes Bordes had managed to send a cast over the outrigger, wrap it around another line and sent 2 lures flying off the line into the ocean. Rightfully so, he received the nickname of Malo Pescadero (Horrible Fisherman) from el capitan. Every moment with these guys was exciting. We had a wahoo bite off a lure, Matt caught a barracuda that we threw back, and Peter caught a grouper that we released. Both Bordes and Peter simultaneously hooked a rock on the bottom while jigging. Finally Bordes redeemed himself by casting into the rocks and hooking a yellowfin! He reeled it in and felt much better about himself. We returned to the village with Bordes’ tuna and got ready for dinner. Everyone was jet lagged at dinner and very excited for an early morning of fishing. Off to bed we went… 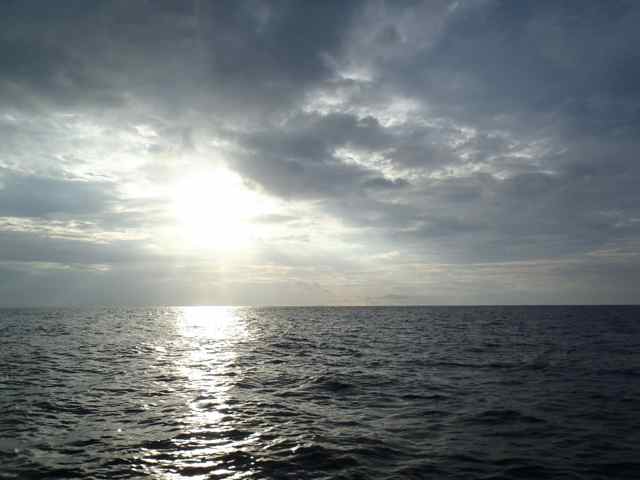